Over the years, we have all been warned of the dangers of playing with electricity and touching electrical outlets as it can lead to shock or death. Despite these warnings, some may still be tempted to find out what will happen if they stick their finger in these outlets. Well, the truth is, many end up in emergency rooms and worse, due to touching electrical outlets or incurring electrical shocks in any way. Still curious? Well, here’s a bit about what can happen to those who play with electricity.

What to Expect When You Stick Your Finger in Electrical Outlets 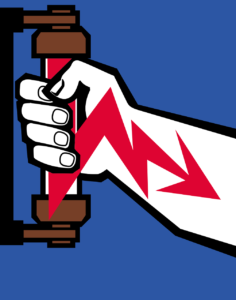 If you are the victim of electric shock, you can expect any number of symptoms, some more severe than others. These include:

What to Do in The Case of Electrical Shock

In the case that you do find yourself in a situation where someone has been injured by contact with electricity, it is important to know what to do. First, do not touch the person. They may still be conducting electricity and you may get shocked by touching them. Rather, you should quickly move the person away from the electrical outlet or other source of electricity using an object that is a non-conductor. A towel or a broom handle will work. Don’t forget to turn off the source of electricity.

Medical help should be called in immediately. If the person seems not to be breathing, conduct CPR. Prevent the person from becoming chilled. Apply a bandage to any burned areas. Use a sterile gauze or clean cloth. Avoid using a blanket or towel that has loose fibers that may stick to the burns. 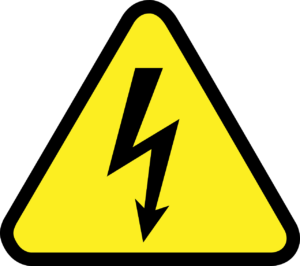 Of course, the best plan of action against electrical shock is prevention.

So, how to avoid shocks from electrical outlets?

If there are small children in the house, you can prevent shocks by using plastic caps to cover electrical outlets. You might also consider getting tamper resistant electrical outlets installed. These may be a better option since children can remove the plastic caps. Many houses come equipped with these tamper resistant outlets, but if you have an older house, you can upgrade your system by having them installed.

Every year, approximately 4,000 people visit emergency rooms to get treated for injuries related to electrical shocks. Although it is difficult to completely eliminate it from happening, knowing what to do to prevent them and knowing how to treat them can be key in keeping these statistics low. Educate young children how to avoid shocks from electrical outlets, let them know the dangers of sticking their fingers in electrical outlets and use safety precautions to keep your household safe!

How to Compute Electricity Consumption
Electrical Tools: What Every Electrician Should Have in His Toolbox
“Off The Grid”: Choosing a Solar Energy Battery Storage System

Residential solar panels are becoming increasingly common across the United States. With pricing coming down, many consumers can now afford the initial cost outlay for solar panel installation, and many states are now offering tax breaks for residents who install solar. Related posts:Gas vs Electric Cooking: Which is More Energy Efficient?Using Energy Star Appliances for Maximum Energy SavingsURD Cable Upgrades: The Wave of the Future No related posts.