A fast acting fuse is an electrical safety device that protects electrical circuits and sensitive devices. The unique feature that differentiates it from other types is that it has a quick response time. It disconnects the circuit path from the power source almost immediately when electrical surges, mismatched loads, short circuits, or device failure occur.

It doesn’t withstand the temporary overload currents, which is a common feature of some electrical loads. The standard ones open within 5 seconds of exposure to 200% to 250% of its rated current. There are other types, too, that act even faster to short circuits and electrical surges.

How Does a Fast Acting Fuse Work?

A fuse is an automatic system that removes power from a defective circuit by destroying itself. A fast-blow fuse is a metal or glass tube-like device with metal clamps at both ends and a thin metal strip inside. When excessive current flows through it, the wire strip melts to interrupt the power supply. This will require you to replace or rewire a blown up fuse.

All these fuses are amp-rated, which indicates the limit of the current volume that can pass through the circuit without blowing up the fuse. The high-quality ones can hold the current that they are rated for, and enhance high-temperature performance.

The speed at which a fast acting fuse blows depends on two things – the materials it is made of and the volume of electricity flows through it. The interval period could increase or decrease based on the loss or upswing of the current flow.

These devices also have a lower I2t value, which refers to its melting integral. The fuse element melts at a particular thermal energy. A low I2t value means that the fuse won’t require a high amount of heat to blow out.

You will find plenty of fuse designs, which differ from each other in terms of breaking capacity, response time, ratings for voltage and current, and applications. The fast-blow type also has variations, depending on the load characteristics. There are fastest acting models that protect the equipment’s vulnerability to even the slightest exposure to overload current. There are also ultra-fast fuses for semiconductor devices, which cannot tolerate the rapid heat byproduct of excessive current flow.

A few variations of fast acting fuses are:

These small, industry-standard fuses are available in 300V and 600V ratings, with an interrupting rating of 200kA RMS. These are effective for circuits where space is limited.

Also known as Rectifier fuses, these are super-fast acting devices that immediately work during overload and short-circuit currents. They provide the best protection for solid-state equipment.

Another super-fast devices featuring low I2t values. Their current-limiting design is excellent for reducing the magnetic and heating effects of short-circuit currents.

This low-voltage model looks like a glass cartridge. Its standard diameter is ¼-inch but the length could vary depending on the amp ratings.

With a few variations, these cylindrical body fuses are almost similar and used in the telecom industry.

Another fast-acting type that you will find in DC telecommunications application. The usual amp ratings hover between 18/100 and 20 amps while the voltage ratings could be at the maximum of 125 volts. They use a LED light or an audio alarm to give a visual sign of a blown fuse.

Application of a Fast Acting Fuse 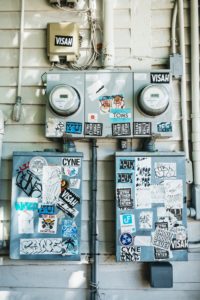 These are compatible with only resistive circuits or with the ones that have IC and other sensitive components. The integrated circuits or ICs are highly sensitive, which react to even the slightest power surge. So, the fast-blow types are the perfect choices for the protection of these delicate circuits. Some of the appliances and gadgets that rely on these fuses are:

Replacing fast acting fuses with the slow blow types seems to be a bad idea. The first type protects devices through quick action while the second ones allow overload for a limited period. The time-delay fuses can be an alternative to their fast-blow counterparts, though, except for in the circuits for IC protection. It is done mainly for boosting the anti-surge capacity of the equipment.

The same cannot happen for a tool or appliance that is compatible with slow-blow fuses. Using a fast-blow type in their circuit will make the fuse blow out as soon as the power is on.

A fast acting fuse stops power surge and short-circuit current damages faster than any other mechanical protective device. They reduce heating and magnetic effects that are the byproducts of electrical overloads. The high-speed fuses do not do any intentional time delay. Their fuse element melts very quickly to any unusual current flow. They provide the best protection for the appliances using surge-sensitive components. You can replace them with the slow-blow type but they are cheaper and the sole option for the extremely-sensitive circuits.

How To Understand Electrical Circuit Wiring Basics
A Look at the Latest 2017 NEC Code Changes
Energy-Efficient Appliances: Why Do We Need Them?

Residential solar panels are becoming increasingly common across the United States. With pricing coming down, many consumers can now afford the initial cost outlay for solar panel installation, and many states are now offering tax breaks for residents who install solar. Related posts:The Emergence of Wind PowerDo Fuel Cells Have a Future as an Energy Source?Money Saving Ways to Generate Electricity No related posts.