You’ve probably seen how hard it is these days to find qualified electricians. Well, you are not alone!

Bruce Seilhammer, the National President of the Independent Electrical Contractors trade association, has seen the same problem. As a matter of fact, he testified before Congress both in person and submitted additional testimony in writing on the issue in September 2017, and articulated his serious concerns over the shortage of qualified electricians.

The Shortage of Qualified Electricians: Reasons behind the Labor Shortage 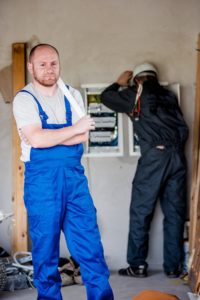 Mr. Seilhammer explained in his testimony the reasons he and his organization felt it is so hard to fill up the positions of electricians among all trades.

Mr. Seilhammer identified changing social perceptions as a major reason. Currently, many young people are more interested in going to college instead of a career in the trades.

In Seilhammer’s words: “A significant emphasis has been placed on young people to attend a traditional four-year university, and a career in the trades is rarely discussed as an option. Parents have grown to believe that the primary pathway to a successful career and the American dream is through a traditional college education. Not helping matters is that many jurisdictions judge the success of their high schools on the number of students that attend college.”

With the emphasis on a college degree, social trends also have shifted towards considering the workers in the trades as somehow lesser individuals. There’s a (mistaken) perception that vocations, like carpentry or electrical work, are for school dropouts and ex-convicts. This social stigma discourages many young people.

According to Seilhammer, “Across the country, we are seeing less investment in vocational or career and technical education programs in high schools. These programs offer students the opportunity to work with their hands early on. They begin to understand what subjects interest them and these hands-on programs could influence their post-secondary education decisions.” It’s a “missed opportunity to expose students to the skilled trades at an influential time in their lives.”

The 2008 economic crisis took its toll on every sector of skilled trades. Thousands of contractors went out of business and did not come back even after the recovery. The trades lost a huge number of veteran workers and could not fill that gap later. Apprenticeships also dropped sharply, because many companies had to struggle for mere survival. That multi-year break in worker training can be seen as one of the reasons behind today’s problems with the lack of qualified electricians.

Another problem that Mr. Seilhammer pointed out during the hearing is government regulation. Some state governments require companies to keep a particular ratio. For example, according to Seilhammer, the State of Pennsylvania calls for a ratio of three electrical journeymen to one apprentice in all projects. Mr. Seilhammer considers this an indirect restriction on electrician-training programs for companies.

These kinds of regulations can limit a company’s ability to fill up their labor shortage through apprenticeship. It can also curtail a firm’s ability to handle larger projects. 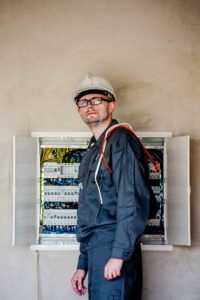 So, what’s the way out of this problem of the shortage of qualified electricians? Here are some potential solutions:

This could be the best solution (especially in the short term). On-the-job training can provide trainees hands-on experience, and the opportunity to learn from qualified electricians, focused in real-world environments.

This is something your company may be able to do in the medium to long term. Consider investing more in training and educational programs, wherever possible.  You can connect with national and international trade organizations for help to ensure the best facilities and technical support for workers. These programs should give emphasis on apprenticeships and scholarships. Such incentives and facilities can help attract new workers.

Changing regulations about the ratio of workers in a project could allow companies to increase the number of apprentices allowed on-site.

A Look into the Future

The above solutions have real potential. In the meantime, this challenging situation of the shortage of qualified electricians appears it will persist for a few more years. Thousands of positions in construction and other sectors will remain unfilled year after year. The Bureau of Labor and Statistics (BLS) has predicted a 14% surge in demand for electrical workers by 2024. In other words, you’d better start looking for qualified electricians now!

What is Automation?
How To Be Ready for the Future of Online Shopping for Electrical Supplies
Benefits of Ventilation Fans in Your Home

Residential solar panels are becoming increasingly common across the United States. With pricing coming down, many consumers can now afford the initial cost outlay for solar panel installation, and many states are now offering tax breaks for residents who install solar. Related posts:“Off The Grid”: Choosing a Solar Energy Battery Storage SystemProlonged Power Outages in Florida in the Aftermath of Hurricane IrmaGenerate Electricity from Waste Toilet Paper – The Benefits and Possibility No related posts.