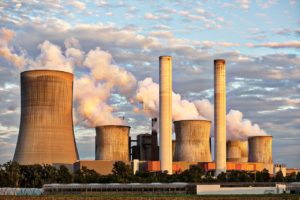 In exploring the differences between alternating and direct current, let’s first take a look at alternating current and specifically how it is generated. AC current is produced with an electrical generator called an alternator. Here, a loop of wire is spun inside a magnetic field, creating a current along the wire. The wire can rotate by using a wind turbine, a steam turbine or flowing water to name a few. The spinning of the wire causes the magnetic polarity to change as voltage and current alternates on the wire.

AC can come in variety of wave forms. If we examine a circuit with an AC voltage, it’s likely that a number of different waveforms will occur. The most common of these is the sine wave which is present in many homes and offices. Square and triangular wave forms can also occur.

When thinking of a sine wave as mathematical equation, we can plug in values which will give us the three parts of the sine wave, amplitude, frequency and phase. Considering the power in our homes, we have about 170 zero to peak which represents the amplitude. 60z would be the frequency and we should assume the phase is zero. When we plug these calculations into an equation or graphing calculator, or measure the voltage inside the outlet with an oscilloscope, we will see that voltage will rise up to 170V and back down to -170V periodically with 60 cycles of the sine wave occurring every second.

Use of the 170V may confuse some people who know AC voltage in the US to be 120V. However, because voltage changes constantly, it is easy to use a number that is an average or mean, which we can come by through a method called ‘root meaned squared’ or RMS. You can also use the RMS value for AC when calculating electrical power. Even though 170V was used in the example, the root mean square is 120 RMS.

Outlets in the home or office are almost always AC. This is because power must travel long distances to arrive to its destination from its source and AC power is more efficient at traveling over these long distances. This is due to a couple of factors including its ability to retain energy over these distances. The high voltages and low currents AC travels at results in less heat generated in the power line due to resistance and less energy lost.

Also, high voltages are needed so that the energy can transport effectively. However, once it reaches a home or office, this voltage must be lowered so that it can be used safely. Alternating current can easily be converted from low to high and high to low voltages with a transformer.

Another application that commonly relies on AC power are electric motors. Motors are very similar to generators only they convert electrical energy into mechanical energy. This occurs when the shaft on a motor is spun, causing voltage to be generated at the terminals. This kind of motor can be used in large appliances that run on AC, including dishwashers, refrigerators and more. 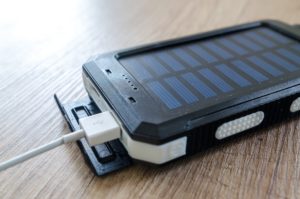 To get a bit scientific about it, a direct current will flow in only one direction, yet voltage and current can vary. For instance, in a battery, voltage can drop as a battery weakens. However, in most cases, current will remain the same and voltage will continue to flow in one direction.

Direct current is used in most electronic devices, including anything that runs off batteries or plugs into a wall with an AC adapter or uses a USB cable. Examples of these include cell phones, flat screen TVs, flashlights and hybrid and electric vehicles.

Determining the Use of Different Currents

Although it may seem like each current is used to its best advantage in its designated applications, it took some research to figure out which would best serve the purpose for its various uses. In the 1886, all of Rome was powered by an electric company called Ganz Works using AC power. Although this was effective, there were still some flaws that kept the system from running at its maximum efficiency.

Thomas Edison was using DC power in America right around the same time. Although Edison knew that it was difficult to convert DC to high voltages, he found a solution to this problem by using small, local power plant to power individual neighborhoods. This power was distributed using three wires from the power plant, one which was +110 volts, another 0 volts and the last -110 volts. Lights and motors could be connected between either the +100V or 110 socket and 0V. The 110 allowed for some voltage drop between the power plant and its destination.

Although this system was feasible, the power plants still needed to be located within 1 mile of the end user in order to make it work. This made power distribution extremely difficult in rural areas.

A solution to this came when Nicolas Tesla introduced certain patents that would be effective for new inventions and would also serve to perfect the AC distribution system. Transformers were used to help convert AC power to lower and higher voltages, which was ideal for transmission, and resulted in minimal energy lost. Power plants could now be located farther away from their destinations and serve a greater number of people.

Developments That Came About as a Result of AC Power

In 1891, the first long distance transmission of three phase AC was displayed at the International Electro-Technical Exhibition in Frankfurt, Germany. The display showed examples of how AC could power lights and motors. This gave rise to the General Electric company whose representatives were impressed with the display and opened their business the following year.

In 1893, Westinghouse won a contract to build a hydroelectric dam to harness the power of Niagara Falls and transmit AC power to Buffalo, NY. When AC power began to power industries in Buffalo, it marked the decline of DC in the United States. Standard AC power in North America is 120V at 50 Hz and 220-240V at 50Hz in Europe.

Another interesting develop came about shortly after the successful use of AC power was displayed, as a result of a smear campaign run by Thomas Edison. Upset that his use of DC power was no longer a popular method of transmitting energy, he attempted to discourage people from using AC power by trying to prove that it was dangerous. His demonstrations ended up inspiring two of his employees to design the electric chair, which runs on AC.

Despite the fact that AC is the preferred method for long distance transmission of power, direct current wasn’t completely out of the picture, In fact, in the 1880’s, Swiss engineer Rene Thury used a series of motor generators to create a high voltage DC system (HVDC). However, because the high cost and maintenance of the system, it wasn’t adopted until almost a century later, in the 1970’s. It was then that a semiconductor was invented that could efficiently transform better AC and DC power. Specialized equipment was used to generate HVDC power and part of Europe began using HVDC power lines to connect various countries.

HVDC power lines actually ended up losing less power than the AC line over long distances and could also allow various AC systems to be connected. However, the DC systems are still more costly and less reliable than their AC counterparts. However, it is quite an accomplishment that both AC and DC powers can coexist and serve a purpose.

Differences Between Alternating and Direct Current

So, to summarize, there are a number of differences between alternating and direct current. These include how they travel, their ability to retain energy over long distances, their ability to be transformed between lower and higher voltages and their applications. However, both are effective for different purposes and it will be interesting to see how these purposes may vary or cross paths as technology develops.

Residential solar panels are becoming increasingly common across the United States. With pricing coming down, many consumers can now afford the initial cost outlay for solar panel installation, and many states are now offering tax breaks for residents who install solar. Related posts:How To Know the Different Types of Electrical OutletsThe Future of Coal as a Useful Energy SourceScientists Study the Possibilities of Evaporation as a Renewable Energy No related posts.