We take electricity for granted  and anyone hardly becomes aware of it unless there is a power outage or a short circuit. Does it seem fascinating that it provides the incessant supply of light, heat, and energy everywhere? Do you know how this power is delivered to the consumer level? Here comes the electric grid! It supplies electric current all over the United States and touches the lives of millions of people. With this in mind, won’t it be riveting to know some interesting facts about electric grid in the United States?

What is an Electric Grid? 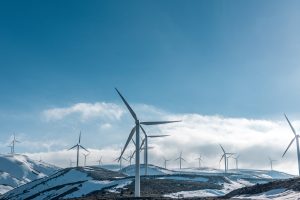 On a basic level, it’s an interconnected network that transmits electricity from the source to the consumers. Hundreds of power plants dotted across the country produce electrical power. The transformers connected to these plants enhance the voltage to make electricity ready for transmission. The high-voltage lines carry the power from the sources to the demand centers all across the country.

From there, the electricity gets transferred to smaller, lower voltage lines after being passed through another transformer for decreasing the voltage. The voltage deescalates one more time after going through the electric poles that have cables connected to the main power line of a building. The poles send a safe amount of electricity to households and office buildings through that network of wires.

Here are nine intriguing facts about electric grid that will entertain anyone interested about the history and evolution of electricity in America.

The famous American inventor Thomas Edison was the man behind the establishment of the first commercial power grid in the country in 1882. The offices of the New York Times were the first customers of that lower Manhattan-based company called the Pearl Street Station.

How was the service? Well, the customers were happy! The New York Times reviewed the supplied lighting as soft and pleasant to the eye.

There were over 4,000 individual electric supplying companies by the early 20th century. Their system was highly inefficient because none of them had a fully-working transmission system. The deadlock came to an end after the WWII when all the utilities agreed to build an interconnected network for better distribution.

3# What’s the Number of Grids?

They are mostly independent of each other except for some links connected in a limited manner. The Western and Eastern grids run all the way into Canada.

4# Length of the Lines

Distributing electricity to more than 323 million people in America requires a humongous network that is connected by thousands of miles of lines. According to Energy.gov, more than 450,000 miles of power lines along with 160,000 miles of overhead transmission lines do that job.

Despite lots of buzzes about renewable energy sources, like sunlight and wind, the major share of electricity comes from coal. It contributes to 39% of the total consumed energy while another 27% comes from natural gas.

Bad weather is the main reason for power failures, and such incidents cost the country’s economy something between $18 and $33 billion per year. The figure could be bigger if it is a storm-heavy year. For example, the power outages due to Hurricane Sandy resulted in $52 billion loss in the national economy while it reached $72 billion for Hurricane Ike in 2008. 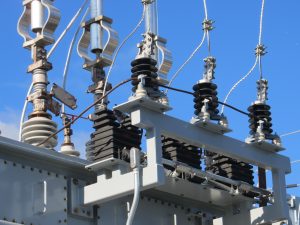 Like all other infrastructures, the power grids and the entire network system require upkeep and upgrades. The U.S. Government granted $4.5 billion through the Recovery Act of 2009 for these purposes. Since then, the Energy Department modernized the grids and enhanced their reliability by installing more than 10,000 automated capacitors, 15.5 million smart meters, and 7,000 automatic feeder switches.

This technology comes as a part of the Government’s mission of improving the reliability and resiliency of the grid. These are mailbox-size monitoring devices that record the condition of the grid and report data 30 times per second. The operators use the real-time data for precise and quick solution of various problems in the system.

The technology cuts the frequency of power interruptions and facilitates quick recovery from troubles such as outages due to severe weather.

It’s a major security concern for any organization and infrastructure, given the advancement and misuse of technologies these days. The Department of Energy has invested over $100 million since 2010 to improve the security system. It partners with various private and public institutions including the Department of Homeland Security and the Department of Defense to develop grid infrastructure that can sustain critical functions at the time of cyber-attacks.

Independent from the main system, these are localized grids that operate through smart technologies and utilize various energy resources. Their autonomous nature makes them invaluable during disasters because they can keep the power on even when the main system is not working.

The facts about electric grid make it clear that the Government has specific plans to make the system more advanced and improve its security. The effort to invent more efficient ways to produce and use power can shift the focus toward computerized grids. The generation and distribution of electricity are likely to be more innovative. Also, these smart power grids will be able to handle the downtime and disastrous conditions with more competence.

Residential solar panels are becoming increasingly common across the United States. With pricing coming down, many consumers can now afford the initial cost outlay for solar panel installation, and many states are now offering tax breaks for residents who install solar. Related posts:What are the Functions of Generators?How To Solve Common Electrical Challenges in Residential InstallationsWhat is Automation? No related posts.